Here’s one for the kids. In the 1980’s the band Van Halen became famous when somebody discovered that the band’s standard performance contract — the one they gave to all venues — called for their dressing room to contain a bowl of M&M’s from which all the brown ones had been removed.

Well, the true story came out later: it turns out that the band didn’t add that requirement to be silly. Rather, it was a kind of security. After all, their stage set involved dangerous equipment and electricity. If a venue didn’t follow the guidelines in the contract — the guidelines that said exactly how that equipment worked — things could break, or the show wouldn’t work, or somebody would get hurt.

So the band put the M&M’s line in as a kind of test: if the venue read the contract carefully enough to know that the brown M&M’s had to be removed, they likely read all the other instructions, too. If not, odds were they skipped over other, more important parts of the contract. No brown M&M’s in the dressing room? Trustworthy venue. Brown M&M’s? Time to re-check every connection on stage.

Why bring this up? Because it tells you just how important the SOW — the Statement of Work — is to any project. Get the SOW right, and it makes managing your project much easier. Get it wrong, or leave something out (brown M&M’s anyone?), and you’ll be scrambling.

Luckily, it’s not so difficult to create a top-notch SOW. Let’s figure out how.

One way to undermine your SOW is to leave key parts out. Though the details may change depending on your field, in general, a SOW should include all of the following:

Project Objectives: What the goal is, or what you should have done by the end.

Project Scope: A detailed description of how the objective(s) will be reached. Often a high-level list of tasks to be accomplished. Crucial.

Schedule: The overall timeline for the project. Timelines for specific elements of the project go in “Deliverables.”

Deliverables: All the elements of the project. Put them in order. If the overall project contains seven components, put them in here, and specify when they should be completed.

Tasks: The list of tasks necessary to produce the deliverables above, and often an account of who should be doing those tasks. Again, be specific.

Payment: Overall cost, and the payment schedule. If specific dollar amounts are due when various deliverables are completed, put those here.

Agreed criteria that decide when deliverables are properly completed: Ignore this one at your peril! When there are disagreements, they often show up when one side believes a job is completed, and the other doesn’t. Don’t assume everyone will be on the same page — make the criteria for evaluating work explicitly.

Signatures of all parties: This is what makes the SOW a legal contract.

2. Be Clear on What Counts As “Success,” All the Way Through

As you develop your SOW, work on figuring out what will count as “success.”– ideally, in collaboration with the other people involved Is it simply finishing the job? Finishing the job and getting certain (measurable) results? Are there results or deliverables that would be clearly unacceptable?

Set further grounds for success by outlining standard outcomes. Once you know where to gauge yourself from, setting up performance metrics is much simpler. Decide whether you want to reach the minimum, or in what aspects you would like to exceed. Be selective in these goals – not every metric has the same impact on success.

The more you can drill down on these definitions, and the greater the range of agreement about them, the more you avoid potential hassles down the road.

Ah, ambiguity — it’s the condition that’s launched a thousand lawsuits. Want to avoid lawyers? Make your language as plain as possible. Keep your sentences simple. Use active verbs. Stay away from pronouns. Define all terms. Jargon is a finicky thing — leave it out as much as possible. Not only do you want utter clarity with clients, but also with any of the many vendors you go through, end-users, management, and more. Furthermore, never assume that your client will “understand what you mean.”

You never know who’s going to come in and out of a project. You want everybody involved to be able to understand the SOW immediately — especially a judge.

Yes, we know we just said to spell everything out. But you know what else will happen once a project gets started? Things will change. Processes won’t quite work the way you envisioned; team members will come and go; client’s goals will adapt. Minimize surprises and readjust quickly with capacity planning.

While your SOW should be clear and simple, you need to leave some room for when things take a new tack. You can spell this out in the SOW if you’d like — how decisions will get made, what happens when the scope changes — but modifying everything will be much easier if you leave yourself some flexibility.

This can be done simply enough with certain criteria. Instead of hitting an exact number, give a small range. Same thing for a deadline. You know the old saying, “Under promise and over deliver.” Better to play it safer than trying to go above and beyond just to reach the very bar you set.

5. Don’t Assume in a Statement of Work

The biggest one, and part of the reason you need a SOW in the first place. Before you write it, as you write it, and before you get your SOW approved, brainstorm with everybody concerned to make sure you’ve covered every possible thing you can think of. If you can, try to get someone more experienced to take a peek for you.

We won’t repeat the old adage of why you shouldn’t “assume.” But we will urge you to get everything in writing. After all, if you really don’t like the brown M&M’s, you should make sure you don’t have to eat them.

This article is first published at ClickTime.com and republished with the permission. Link to the original article: https://www.clicktime.com/blog/how-to-make-a-truly-beneficial-sow/ 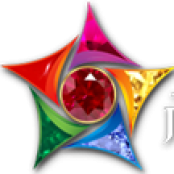